The Background to Clearing up Fly-Tipping Rubbish 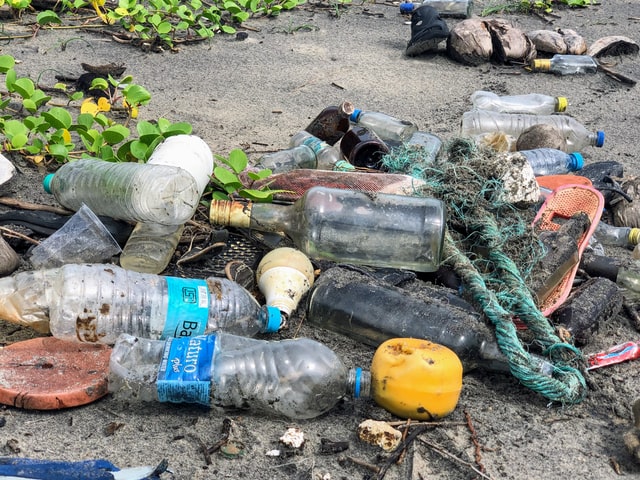 Fly-tipped rubbish is undoubtedly an eyesore when you see it piled up at the side of a road or someone's piece of land.

However, it's even worse when you've got to try and remove this as soon as possible, as we've come across sometimes on an otherwise standard say office cleaning service.

In the ideal world, you would try to find the culprit who caused this and contact them to come and remove it.

But of course, this often can't be done. And even if you do get them successfully, they will not want to come and collect this, which is why they dumped them on the land in the first place.

The legalities of cleaning up fly-tipping waste

Here's a bit of background to the lawfulness of fly-tipping.

It is a criminal offence from Section 33 of the Environmental Protection Act 1990 and is described as the illegal disposal of household, industrial, commercial or other-controlled waste.

It's usually household rubbish that you come across, although there are other associated criminal offences relating to unlawful deposit of waste from, say, a motor vehicle.

Suppose you can't find the original culprit. In that case, the responsibility tends to lie with local authorities, Crown authorities, designated statutory undertakers, governing bodies of designated educational institutions, and the Highways Agency under Section 89 of the 1990 Act to keep land under their control clear of rubbish.

Unfortunately, private land out of their power is back to the landowner, manager, or tenant to remove this waste.

However, there are ways that the local authority and environment agency can step in to force landowners to do this.
This can lead to fixed penalty notices and even prosecution if they don't heed the warnings issued.

They can even be charged costs incurred for authorities going on the land and having to remove themselves, which they have the powers to do if the waste material is causing significant harm to the environment and/or human health.

In addition, local authorities have some powers under Section 215 of the Town and Country Planning Act, 1990, to issue notices on buildings to be cleaned up if the condition adversely affects the area's immunity.

The local authorities can also implement the principle of a statutory nuisance by Sections 79 and 80 of the 1990 Act, which includes odours or deposits that remain that must be or be likely to become prejudicial to people's health or interfere with a person's legitimate use and enjoyment of the land. They can serve an abatement notice on an occupier, and they have a legal obligation to investigate any general complaints of a statutory nuisance made by people.

How to take action to clear up fly-tipping

In terms of what to practically do, then if the original people who've left it can't be found to clear the mess, you need to see who the landowner or person responsible for the land is as soon as possible.

Hopefully, they will then arrange this and recharge whatever others they need to.

Failing this, it's worth contacting the local authority for their advice and, if a serious case, any involvement in the process.
Whoever does clear up the mess must do this correctly and be suitably accredited. It's no good just any other person, or even cleaner, just going on the land and offering to clear, as there can be all kinds of safety concerns to consider.

Either way, it's worth trying to do it as soon as possible as the longer any fly-tipping rubbish remains, the higher the chance that people will assume it's okay to leave further rubbish.

In terms of some further helpful advice, the Country Land and Business Association have published a five-point plan for tackling fly-tipping.

And the National Fly-tipping Prevention Group has some good tips for action to prevent landowners from becoming a victim of fly-tipping.

This advice includes installing gates and barriers, improving visibility, installing lighting, CCTV and signage, removing any fly-tipped waste as soon as possible, and communicating with local businesses and neighbours and local police officers.

Need any more help with cleaning? Contact us here for immediate advice.