How the UK is Chucking Electrical Items Away 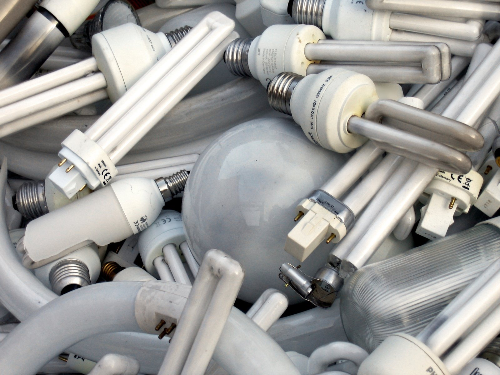 The Times has reported official waste data on how the UK is throwing away electrical items like laptop, computers, kettles and toasters, and children’s toys - and it’s not good news.

While the average ‘e-waste’ per person in the EU is 17.7 kg, in the UK it’s a higher 24.9kg - and large waste removal company Veolia believe 60 million electrical items are placed in black bags each year, whereas only a third of such items correctly go to electrical-recycling.

In short, people just stuff them in the usual black-bin-bag rubbish, which ends up either being incinerated or placed within landfill.

If we’re honest, this is probably due to a combination of simply not knowing how we can recycle such electrical items and maybe assuming it will get dealt with back at the rubbish tip. Or maybe just being lazy and not wanting the hassle to correctly recycling, after all, they can be bulky items that you just want rid of quickly.

Well things certainly need to improve, and after reading this report there seems to be two things that consumers can do, and two things that the electrical suppliers and government can do.

1. Leaving items out for the scrap man.

Not the official answer, and will only work for the larger metal-intensive ones like washing machines and fridges. Plus, it can cause issues such as them not being correctly disposed of afterwards anyway.

The focus here is of course the re-use of metals in products, with ones such as copper, steel, and aluminium in a lot of general household electrical items, plus valuable ones like gold, silver, and palladium in circuit boards.

2. Taking these to the local tip or recycling places to the right electrical-item points.

Okay, this can be a pain both in terms of getting them there and then taking them to different points for different items, but if they’re done at the same time, it can soon be dealt with effectively.

For Supplier and the Public Sector:

1. There is talk of looking more at a door-step collection service, a little more sophisticated than the scrap man left to hopefully pass by and take things.

As long as this is carefully planned and understood, this will certainly help people get in the habit of leaving old electrical items for direct collection.

2. The majority of suppliers will next year need to gladly received such old electrical items back as well, leaving them to then pass on for recycling. They already pay into the WEEE Fund (Waste Electrical & Electronic Equipment Fund) to help have Funds to encourage this whole process, however, the UK is still missing targets.

They will also need to encourage people to re-use electrical goods rather than simply throw them away, with things like spare parts and repair manuals to be more actively available. However, electrical items are tending to be made cheaper, and not as longer lasting as before, and therefore reality maybe very different.

Therefore, as we read the bleak stats of the UK simply not recycling enough electrical items, it’s good to see that changes are being looked into at a higher level, although this will of course take time and clarity.

In the meantime, there are options available at whatever local recycling and refuse place you have.

So, let’s all do our part and take our electrical items there. Or even better, make them last even longer.

Need help? As local easy cleaners then contact us now for immediate help and advice.